Morrissey: ‘I See No Difference Between Eating Animals And Paedophilia’

Morrissey is certainly no stranger to controversy. The former Smith’s singer, a longtime vegetarian, has made his thoughts on meat-eating abundantly clear in his latest Q&A with fans. He took to True To You, an online fan site dedicated to the artist, and answered questions submitted by his devout listeners.

“I see no difference between eating animals and paedophilia. They are both rape, violence, murder,” he said.

Continuing his comparison of the meat industry to other horrible human-related situations, he also likened the slaughter of animals to genocide, saying, “If you believe in the abattoir then you would support Auschwitz.”

I’m all for humane treatment of animals — the way they’ve been turned into factory-made “meat products” is pretty horrific and disgusting — but his comparison is really off the charts, even for him!  Wow.

We officially have the Pope’s permission to be good people

He said that people of other religions were also praying for peace, and – departing from his prepared text – he urged atheists to join forces with believers.

“I invite even non-believers to desire peace. (Join us) with your desire, a desire that widens the heart. Let us all unite, either with prayer or with desire, but everyone, for peace,” he said, drawing sustained applause from the crowd.

I like this new Pope, but this grates a bit.  Wow, even non-believers are welcome at the Peace Table?  Yay!  How lovely to have his permission to want a peaceful world.  Perhaps he didn’t mean it quite that way (or maybe his interpreter mangled the phrasing), but he is the spokesman for millions and his words carry weight.  But at least he’s saying a lot of other great stuff that goes against the traditional grain, so you have our forgiveness, Mr. Pope. 🙂

Someone feed Miley Cyrus a carrot, for fuck’s sake

I’m so goddamned sick of this hideous little troll and her stupid tongue-wagging, crosseyed face.  That month she spent doing her “signature look” has forever cemented her on my list of Most Cringe-Inducing Celebrities Ever.  Yes, yes, we get it:  you’re doing your sexual awakening thing and you want the world to know that your nether regions are all puffed up and whatnot, but seriously – you’re trying waaayyyyyy too hard to be wild and crazy (and relevant).  Just do your music or whatever the hell it is you’re famous for and stop acting like a fucking baboon on LSD, mmmkay?

How to Use Amazon Glacier as a Dirt Cheap Backup Solution

I’ve been using this for a few months now and love it.  It’s perfect for massive amounts of photos and videos (or whatever) that you don’t need to access too frequently, and at $.01 per gigabyte there’s no beating it.  The catch is that you don’t have immediate access to your backups–if you want to download a backup of something you accidentally deleted, it’ll take a few hours for the file to be ready.  But that keeps the price down, and I guess it’s why it’s called Glacier. 🙂  Read the post linked above for a better explanation.  Anyway I’ve got a TON of media files that are backed up on there, about 1.6 terabytes worth:  13 years’ worth of personal photos and home videos, backups of my Blu-Ray collection, ebooks, misc scanned stuff…you name it.  Right now my monthly bill for everything is about $16, which is a teensy fraction of what you’d pay for another online service, and it would be far less if you weren’t storing nearly as much crap as I am.  So if you’re a media hoarder or you just have a lot of crap that you’re running out of HD space for, this is definitely worth looking into.

Oh yeah, you’ll also need a client that can access Glacier and do the file transfers.  I tried several, and CloudBerry Explorer is by far the best and easiest to use.  They have a free version (scroll down to the bottom of the page) that I’ve been using for a few months, but I just purchased the license key for the Pro version which has some really cool and useful extras like folder comparison & sync, scheduled backups, etc.  Nifty!

Church of England ‘will be extinct in one generation’, warns ex-archbishop

If there’s anything I can personally do to help speed up this process, please let me know.

Google is being evil again

Don’t Be Evil? Google Funding a Slew of Right-Wing Groups

Perhaps surprisingly, Google has a history of supporting Cruz. Via its Political Action Committee – Google Inc. Net PAC – the PAC provided the “Ted Cruz for Senate” campaign with a $10,000 contribution in 2012. Additionally, despite being five years out from the freshman senator’s next election, Google’s PAC has already made a $2,500 contribution to the Cruz reelection campaign for 2018, the largest amount that the PAC has given so far to any Senate candidate running that election year, according to disclosures made by Google.

Good luck with that “Don’t be evil” thing you like to brag about, Google.  When you’re donating to the same radical-right shitbags who orchestrated the government shutdown and openly want to keep our poorer citizens from getting healthcare, you’re being evil — simple as that.  It’s a shame, too, because I love their products.  Maybe it’s time to re-evaluate how much I really need them.

Roberta Stempfley highlighted one successful attack that is designed to deny access to the website called a Distributed Denial of Service (DDoS) attack. A DDoS attack is designed to make a network unavailable to intended users, generally through a concerted effort to disrupt service such as repeatedly accessing the servers, saturating them with more traffic than the website is designed to handle.

Right wingers have been distributing the link to the necessary tools to perform the attacks on the Healthcare.gov website through social networking, as pointed out by Information Week, and other websites .

The name of the attack tool is called, “Destroy Obama Care!”

“Destroy Obama Care!”, that’s the advertised name given to the attack tool by “right wing patriots” who are distributing the DDoS tool through downloads on social networks, which promises to overwhelm the Healthcare.gov website.

So it’s come to this, has it?  It’s unbelievable how crazy the Affordable Healthcare Act is making the right — their manufactured hysteria is pushing them right over the edge of sanity.  I hope these fuckers get busted and punished in a very public manner.

We recently went a full day without power because a nasty windstorm.  Not a big deal — but we didn’t have any good flashlights handy which was kind of annoying.  The next day I thought it might be a good idea to put together a “bug out bag”, or maybe just a survival kit for the house, since far worse than a power outage can happen in this part of the country.  When I lived in Arizona I never had to deal with anything but the occasional outage from lightning or whatever…but in the Pacific Northwest we have the potential for earthquakes and volcanoes, and other fun things.

Out of curiosity I was doing some web searches for lists of suggested items in case I was forgetting anything.  I quickly found that most of these lists begin with massive, super-detailed sections on firearms and other combat-related stuff:  camo pants, machetes, black zip ties “to secure bad guys”, etc.  One even says to include “1 pair of combat style boots that are well broken in to your feet.”  Seriously?  Well all righty then, I’ll get right on that.

Geez — I understand the need for some self-defense, but is it really necessary to go that far?  I just want to stock some bare essentials to get by for a few days, not prepare for an all-out war against the rest of humanity.  It creeps me out that these guys are sitting around waiting for society to collapse (because of Obamacare or whatever) so they can dress up and play Army.

“But ya don’t know when ya might find yerself in a situation when ya gotta defend yer territory against mobs of people who want yer stuff!  Ya might have to live for DAYS in the wilderness livin’ on ROOTS and SMALL ANIMALS!”  Right.  I’ll keep that in mind as I back slowly away….

Let’s see more people of conscience do this.

Saying he has “tried to live a life of principle” a Bexar County, Texas judge has announced he no longer wishes to be a member of the Republican Party where “pragmatism and principle have been overtaken by pettiness and bigotry.” The judge has decided to run for reelection as a Democrat.

He says, “I cannot tolerate a political party that demeans Texans based on their sexual orientation, the color of their skin or their economic status.”  He forgot to mention people with a vagina — Texas Republicans seem hell-bent on demeaning them as well.  If you’re a woman in Texas, watch out!  They’re all for less government, that is unless they can get up in your uterus and start bossing things around. 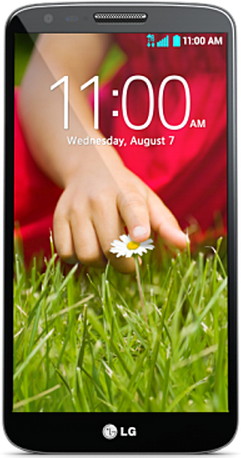 Recently I became a refugee from the iPhone world:  I ditched the old iPhone 4 and am now part of the Android flock.  Usually you hear about people going the other direction, right?  The iPhone has been (arguably) the best offering on the market for the past few years.  It seemed like nothing could beat its ease of use, fluid interface, and gigantic app store.  But Android has caught up at last, and the phones are good enough to tempt me away from my Fruit Phone for good.  I love the larger screens, the ability to customize the interface to your heart’s content, and being able to install whatever the hell you want vs. being told by Apple what you’re allowed to install.  Retro game emulators?  Not a problem on Android…install and play all you want, no jailbreaking needed.

Anyway I’ve been waiting for the Nexus 5 for months, but with no clear release date I began looking at phones like the Moto X and the HTC One.  I finally decided on the LG G2 and instantly fell in love!  It’s the one to beat right now:  fast as hell, smooth as buttah, big gorgeous screen, great camera, and minimal carrier bloat (at least on T-Mobile).  It’s also easily rootable if you’re into that.  I can even sync it with iTunes using a cheap app.  Mmmm, gadgety!

I also finally got away from AT&T, which has become a bloatmonster of ridiculous pricing and fees.  Even though buying two new phones adds an extra $40 to the new monthly bill, it’s still $20 lower than AT&T.  Once we pay off the phones it’ll be even less, with no contract.

Anyway that’s my geek moment for the day… If you’re looking for something different than what the Fruit Company offers, check out this phone.  The Nexus 5 is bound to be a winner too.  I just wasn’t willing to wait for it. 🙂