“Share this post on Facebook and Twitter because this is a huge discovery that goes against the conventional wisdom of our anti-Christian society.” Pardon my Esperanto, but this “anti-Christian society” stuff is utter horseshit.  They’re actually turning people away from Christianity with this kind of nonsense.

It’s so entertaining when religious folks try to use scientific discoveries to add historical credibility to their myths.  This fossil proves nothing about Adam and Eve, or any of the other Genesis stories.  And let’s face it:  they are just stories, not historical records.  (I caution against clicking on the story link below, because their website is chock-full of annoying pop-ups and interstitials trying to get you to subscribe to their frothy-mouthed ravings.)

A fossil from Brazil which has been hidden in a private collection for decades has now been determined by scientists to show a snake with four legs that it presumably used to walk on instead of slither on its belly.That is significant when you read the account in Genesis 3:14 where God cursed the snake by taking away his ability to walk, causing it forever after to have to “crawl on his belly.” 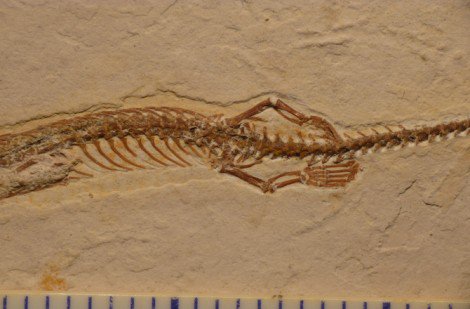 3 thoughts on “No, that new fossil discovery doesn’t prove your Bible stories are true”